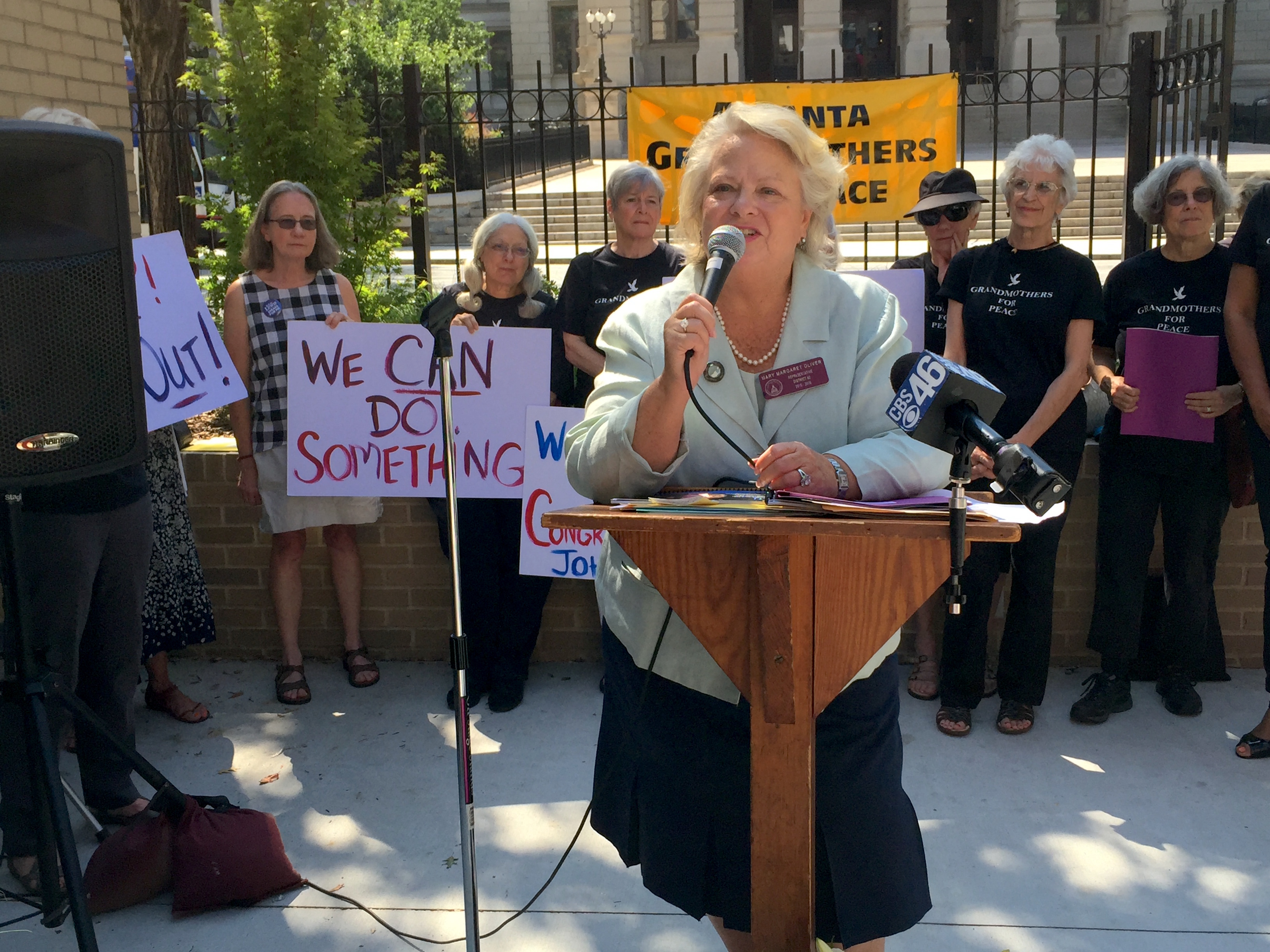 June 28, 2016 – Atlanta Grandmothers for Peace announced today that they are honoring the memory of founding member Doris Benit, who died in March at age 88, by launching the Doris Benit Peace Fund and awarding the Fund’s first grant, $500, to Georgians for Gun Safety.

“This is a historic moment, when awareness of the urgent need for gun safety laws in Georgia is heightened by the latest mass shooting in Orlando, Florida and the sit-in led by Georgia Congressman John Lewis on the floor of the U.S. House of Representative,” said Grandmothers for Peace member Bobbie Paul. “Polls show that a strong majority of Georgians support common-sense gun safety laws, and we have waited long enough.”

“It is time for a rational and bipartisan discussion on how to prevent gun violence,” said Georgia State Representative Mary Margaret Oliver, who spoke at the presentation of the grant. “The NRA can no longer be the only voice politicians listen to.”

“Doris Benit was known for her tenacity, first in overcoming childhood polio and later in life while advocating for the causes she supported, including gun violence prevention,” said Paul. “She was a great example of the value of Congressman Lewis’ advice to ‘get in the way, speak out, speak up, and never, never give up!’ We are sure that Doris would have been proud to know that we are giving a contribution in her name to a group that works for a cause she held dear — at the end of her life, she was still fighting the ‘campus carry’ bill, but did not live to learn of governor Deal’s veto.”

ATLANTA GRANDMOTHERS FOR PEACE is a group of senior women committed to speaking out against the human, environmental and economic costs of war and violence. Their first action was a sit-in at a U.S. Army recruiting station to protest the Iraq war by demanding the enlist in place of younger people. they have sponsored peace essay contests for junior and senior high school students, testified at Georgia General Assembly committee meetings, demonstrated for fair housing, and engaged in voter registration, education and mobilization. Click here for more information about the group.

GEORGIANS FOR GUN SAFETY is a non-profit advocacy organization founded in 1993 to bring balance to the gun safety debate in the Georgia General Assembly.